The work is an imaginary labyrinth without physical walls directing the movement of the visitors. Instead, the maze structure is organized by infrared signals. In a big space, a fixed number of infrared emitters are mounted to the ceiling at equal distance to each other, forming a grid pattern. Each emitter can be switched on and off separately via a control board, allowing the creation of a new maze structure every day. At the entrance, the visitor finds a board with printed diagrams of the different pre-programmed labyrinths performed on different days during the week, and attached infrared sensor headsets, which react with a vibrating alarm when an infrared signal, equivalent to an invisible wall, is received. The visitor thus combines the visual information with the technologically produced invisible leads, recreating the labyrinth in his imagination. The invisible labyrinth is a new form of architecture or sculpture, since it is no longer a visible or physical tangible object, but a work of the imagination and thus only becomes a sculpture through the interactivity and psychology of the viewer. 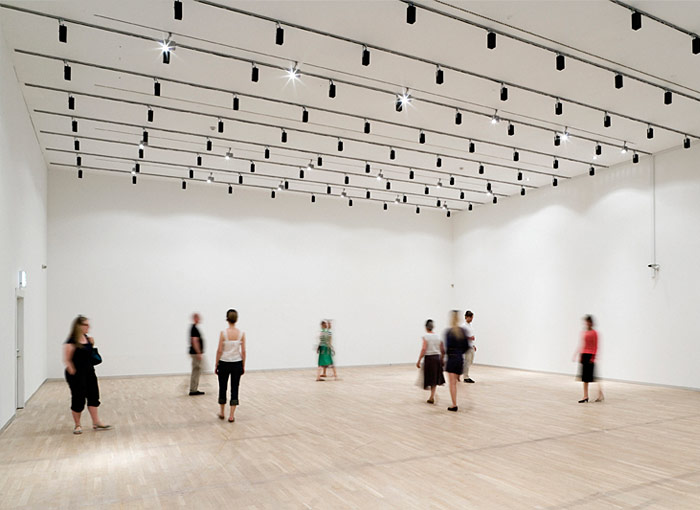